“This is a great facility”
“My 3 dogs are treated just like we treat them at home – like family. I have never had a bad experience…I will go back again and again.”
Anne Champney

The Pet Brigades history on JBLM 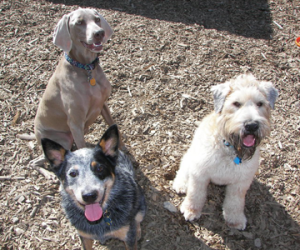 The Pet Brigade is a full-service pet spa that is owned and operated by Regis and Nancy Jackson. It is the only privately owned boarding facility on a military post in the United States. The Jacksons worked with Joint Base Lewis-McChord personnel to develop this kennel so that military families, retirees, and civilians with JBLM access would have the finest accommodations for their pets.

After several years of working with the Contracting Office of the U.S. Department of the Army under the Department of Defense, along with the Office of Morale, Welfare, and Recreation at Joint Base Lewis-McChord, the facility opened April 14, 2008.

Since 2008 The Pet Brigade has helped thousands of soldiers with their pet care needs, ranging from lodging during deployment, rehoming and fostering pets, helping transport military pets across the globe, and everyday care. Pets are an integral part of many soldiers’ lives, and The Pet Brigade was founded to fulfill that need in military life. Regis and Nancy, along with their staff, believe that it is the ultimate blessing to work with and help those who stand up for our Nation every day.

Regis and Nancy Jackson have two sons, are avid animal lovers, and have always had pets. They are registered nurses, which they believe helps ensure a safe and secure environment for pets in their care. Both are originally from Cleveland, OH, but have grown to call the Washington area home. Each found their love for animals early on, and have since made this love a full-time career. Being animal lovers all of their lives, owning pet resorts has always been the Jacksons’ “dream come true.”

The Jacksons also own and operate Pet Ponderosa Resorts and Spas, Inc. in Graham, WA, which was established in 2003 after Regis and Nancy purchased an existing kennel that had fallen into disrepair. With years of work and dedication, Pet Ponderosa has grown into the largest kennel in South Pierce County, and it prides itself on being the number one kennel referred by area veterinarians.

Regis has two undergraduate degrees in business, as well as a master’s degree in business and marketing. Nancy has a degree in science, with a major in nursing. Both show Australian Shepherds in both American Kennel Club (AKC) and Australian Shepherd Club Association (ASCA). They pride themselves on quality of care – both of their facilities are active members in the International Boarding & Pet Services Association (IBPSA), which follows the IPBSA Code of Ethics, ensuring a professional, loving, and caring environment for your pet. The Jacksons work hard to ensure that your pet receives the personal care and attention he/she deserves.

Just have a quick question?